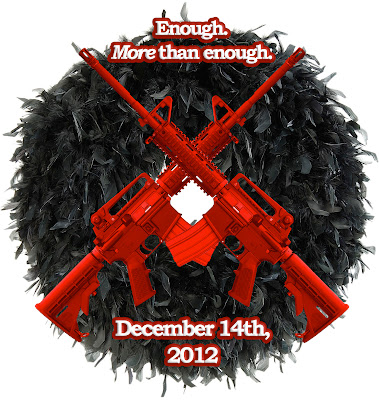 
Was this tragedy a "Force Majeure"? The act of an extremely deranged young man whose mental illness and consequent nihilist and malevolent moral incapacity rendered him essentially the human equivalent of a tornado or meteorite striking that school? And consequently, in viewing it that way, can we simply argue that placing any ostensibly "reasonable" restrictions on the acquisition and use of assault weapons would not have made any inhibitory or preventive difference?

Are we simply left, then, with dueling antagonistic, frequently epithet-overloaded speculative arguments, many of them based on the weakest (and most cherry-picked) of empirical evidence, buttressed and amplified by the most fevered illogic ? Some of them that hark to a time of a frontier nation comprised of less than 1% of today's U.S. population, a new nation still smoldering from the flames of war on its soil, a nation where the relative "balance of power" expressed via citizen vs government armaments was orders of magnitude smaller compared to that of today?

Are we left to simply argue that the ONLY thing preventing our self-government from devolving into despotism is our putatively prophylactic "Right to Bear Arms"? 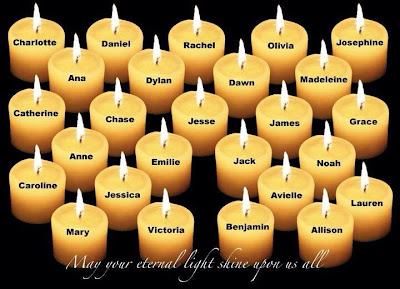 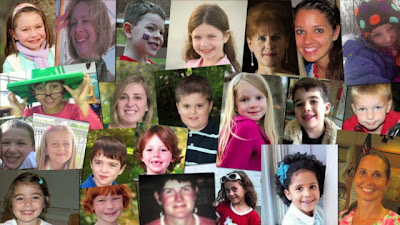 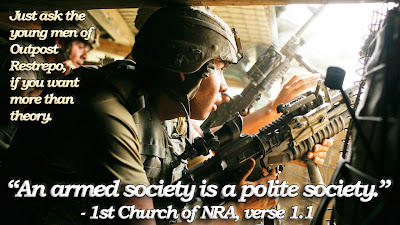 I really tire of the massive glandular Straw Man thinking around the 2nd Amendment.

The second amendment in effect prevents the national government from destroying the militias of the states and preserves a personal right that is centuries old. Joel Barlow, the Connecticut wit and writer, in 1792 sagely declared that a tyrant disarms his subjects to "degrade and oppress" them, knowing that to be unarmed "palsies the hand and brutalizes the mind," with the result that people "lose the power of protecting themselves." But arms privately held can be dangerous to society. President George Washington once reminded Congress that "a free people ought not only be armed but disciplined." He meant that the militias of his time had to be under military authority or, in the frequently used phrase, should be "a well-regulated" militia. However, we no longer depend on militias, a fact that in some respects makes the right to keep and bear arms anachronistic. An armed public is not the means of keeping a democratic government responsible and sensitive to the needs of the people. As the Supreme Court said in 1951, in Dennis v. United States: "That it is within the power of Congress to protect the government of the United States from armed rebellion is a proposition which requires little discussion." Whatever hypothetical value there might be, the Court said, in the notion that a "right" against revolution exists against dictatorial government "is without force where the existing structure of the government provides for peaceful and orderly change." The Court added, "We reject any principle of government helplessness in the face of preparations for revolution, which principle, carried to its logical conclusion, must lead to anarchy."

The right to keep and bear arms still enables citizens to protect themselves against law breakers, but it is a feckless means of opposing a legitimate government. The so-called militias of today that consist of small private armies of self-styled superpatriots are entitled to their firearms but deceive themselves in thinking they can withstand the United States Army. The Second Amendment as they interpret it feeds their dangerous illusions. Even so, the origins of the amendment show that the right to keep and bear arms has an illustrious history connected with freedom even if it is a right that must be regulated. 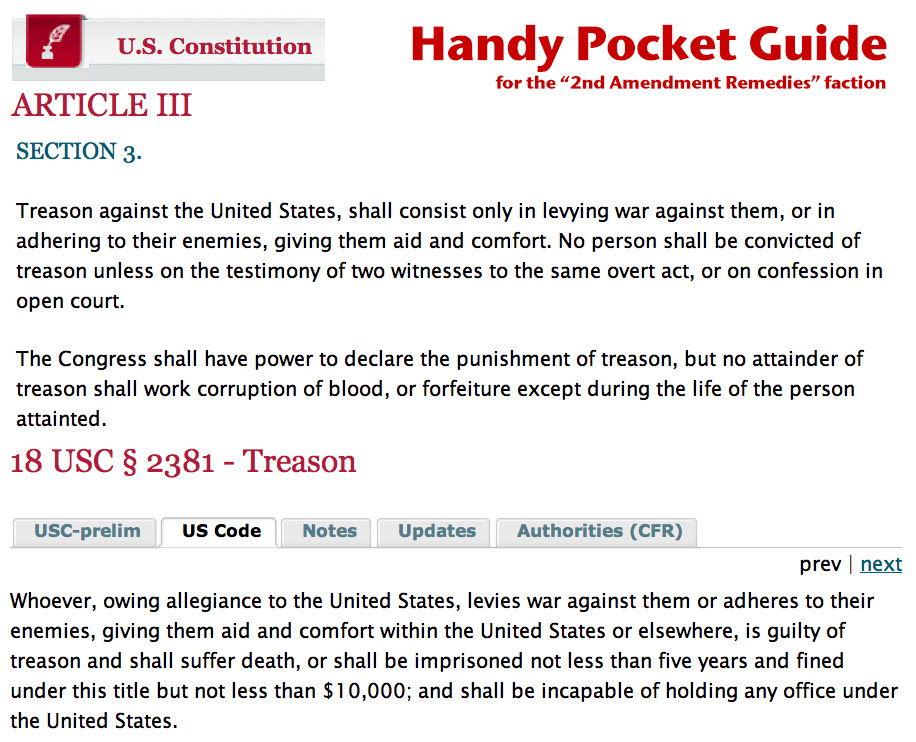 Click the image and save. Pay it forward.
See also SharronAngle.blogspot.com


Advocating Treason because you don't get your way on every issue of passionate concern to you is the very definition of juvenile idiocy.

Committing Treason will quickly get you justifiably culled from the Herd. Count on it. I will not be holding any Candelight Vigil for you.

I don't buy it, either, Bobby. Their most-fervent argument, that having a shotgun (or an assault rifle, or a bazooka) will keep the government at bay, is so ludicrous it's almost quaint. In fact, I'm afraid that its very childishness has prevented the rest of us from taking them seriously enough for the past two decades, and we are reaping the sorrowful harvest today.

History has shown us that the US military has had a rather hard time fighting against small guerilla forces.

70 guns per 100citizens, with a 300million population base? Youre truly a moron if you think the US navy/air force/army would be able to tactically surpress such a mass of people unless we're talking pure extermination / holocaust. On a tactical basis, the US is too large and too well armed... Honestly think LA riots, choas, that no one was able to control.

That's precisely it. I won't be sending your survivors any flowers. I'm with Authority on this one.