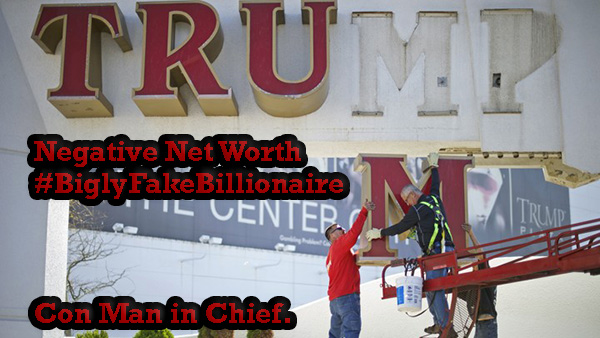 "Once upon a time, a child was born into wealth and wanted for nothing, but he was possessed by bottomless, endless, grating, grasping wanting, and wanted more, and got it, and more after that, and always more. He was a pair of ragged orange claws upon the ocean floor, forever scuttling, pinching, reaching for more, a carrion crab, a lobster and a boiling lobster pot in one, a termite, a tyrant over his own little empires. He got a boost at the beginning from the wealth handed him and then moved among grifters and mobsters who cut him slack as long as he was useful, or maybe there’s slack in arenas where people live by personal loyalty until they betray, and not by rules, and certainly not by the law or the book. So for seven decades, he fed his appetites and exercised his license to lie, cheat, steal, and stiff working people of their wages, made messes, left them behind, grabbed more baubles, and left them in ruin.

He was supposed to be a great maker of things, but he was mostly a breaker. He acquired buildings and women and enterprises and treated them all alike, promoting and deserting them, running into bankruptcies and divorces, treading on lawsuits the way a lumberjack of old walked across the logs floating on their way to the mill, but as long as he moved in his underworld of dealmakers the rules were wobbly and the enforcement was wobblier and he could stay afloat. But his appetite was endless, and he wanted more, and he gambled to become the most powerful man in the world, and won, careless of what he wished for…

The man in the white house sits, naked and obscene, a pustule of ego, in the harsh light, a man whose grasp exceeded his understanding, because his understanding was dulled by indulgence. He must know somewhere below the surface he skates on that he has destroyed his image, and like Dorian Gray before him, will be devoured by his own corrosion in due time too. One way or another this will kill him, though he may drag down millions with him. One way or another, he knows he has stepped off a cliff, pronounced himself king of the air, and is in freefall. Another dungheap awaits his landing; the dung is all his; when he plunges into it he will be, at last, a self-made man."