A speculation on the "afterlife." 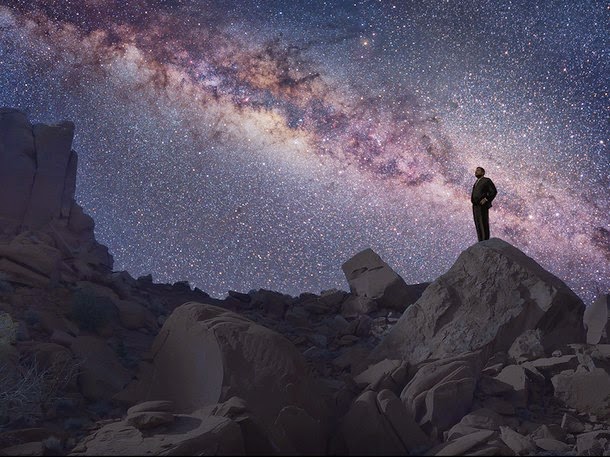 In the moment of transition between life and death, only one thing changes: you lose the momentum of the biochemical cycles that keep the machinery running. In the moment before death, you are still composed of the same thousand trillion trillion atoms as in the moment after death— the only difference is that their neighborly network of social interactions has ground to a halt.

At that moment, the atoms begin to drift apart, no longer enslaved to the goals of keeping up a human form. The interacting pieces that once constructed your body begin to unravel like a sweater, each thread spiraling off in a different direction. Following your last breath, those thousand trillion trillion atoms begin to blend into the earth around you. As you degrade, your atoms become incorporated into new constellations: the leaf of a staghorn fern, a speckled snail shell, a kernel of maize, a beetle’s mandible, a waxen bloodroot, a ptarmigan’s tail feather.

But it turns out your thousand trillion trillion atoms were not an accidental collection: each was labeled as composing you and continues to be so wherever it goes. So you’re not gone, you’re simply taking on different forms. Instead of your gestures being the raising of an eyebrow or a blown kiss, now a gesture might consist of a rising gnat, a waving wheat stalk, and the inhaling lung of a breaching beluga whale. Your manner of expressing joy might become a seaweed sheet playing on a lapping wave, a pendulous funnel dancing from a cumulonimbus, a flapping grunion birthing, a glossy river pebble gliding around an eddy.

From your present clumped point of view, this afterlife may sound unnervingly distributed. But in fact it is wonderful. You can’t imagine the pleasure of stretching your redefined body across vast territories: ruffling your grasses and bending your pine branch and flexing an egret’s wings while pushing a crab toward the surface through coruscating shafts of light. Lovemaking reaches heights it could never dream of in the compactness of human corporality. Now you can communicate in many places along your bodies at once; you weave your versatile hands over your lover’s multiflorous figure. Your rivers run together. You move in concert as interdigitating creatures of the meadow, entangled vegetation bursting from the fields, caressing weather fronts that climax into thunderstorms.

Just as in your current life, the downside is that you are always in flux. As creatures degrade and your fruits fall and rot, you become capable of new gestures and lose others. Your lover might drift away from you in the migratory flight of tropic birds, a receding stampede of wintering elk, or a creek that quietly pokes its head under the ground and pops up somewhere unknown to you.

Many of your same problems apply: temptation, anguish, anger, distrust, vice— and don’t forget the dread arising from free choice. Don’t be fooled into believing that plants grow mechanically toward the sun, that birds choose their direction by instinct, that wildebeest migrate by design: in fact, everything is seeking. Your atoms can spread, but they cannot escape the search. A wide distribution does not shield you from wondering how best to spend your time. Once every few millennia, all your atoms pull together again, traveling from around the globe, like the leaders of nations uniting for a summit, converging for their densest reunion in the form of a human. They are driven by nostalgia to regroup into the tight pinpoint geometry in which they began. In this form they can relish a forgotten sense of holiday-like intimacy. They come together to search for something they once knew but didn’t appreciate at the time.

The reunion is warm and heartening for a while, but it isn’t long before they begin to miss their freedom. In the form of a human the atoms suffer a claustrophobia of size: gestures are agonizingly limited, restricted to the foundering of tiny limbs. As a condensed human they cannot see around corners, they can only talk within short distances to the nearest ear, they cannot reach out to touch across any meaningful expanses. We are the moment of least facility for the atoms. And in this form, they find themselves longing to ascend mountains, wander the seas, and conquer the air, seeking to recapture the limitlessness they once knew.
__ 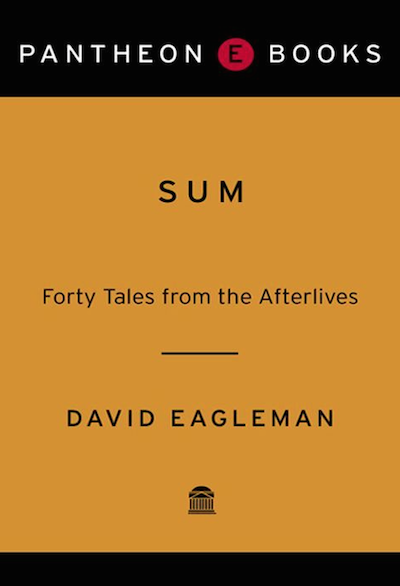 On the cusp of the afterlife...

Shall I tell you once more how it happens?

Even though you know, don’t you? You were born with the horror stamped upon you, like a fingerprint. All these years you have lived you have known. I but remind your memory, confirm the fear that has always been prime. Yet the facts have a force of their insolent own.

Wine is best made in a cellar, on a stone floor. Crush grapes in a barrel such that each grape is burst. When the barrel is three-quarters full, cover it with a fine-mesh cloth, and wait. In three days, an ear placed low over the mash will detect a faint crackling, which murmur, in two more days, rises to a continuous giggle. Only the rendering of fat or a forest fire far away makes such a sound. It is the song of fermentation! Remove the cloth and examine closely. The eye is startled by a bubble on the surface. Was it there and had it gone unnoticed? Or is it newly come?

But soon enough more beads gather in little colonies, winking and lining up at the brim. Stagnant fluid forms. It begins to turn. Slow currents carry bits of stem and grape meat on voyages of an inch or so. The pace quickens. The level rises. On the sixth day, the barrel is almost full. The teem must be poked down with a stick. The air of the cellar is dizzy with fruit flies and droplets of smell. On the seventh day, the fluid is racked into the second barrel for aging. It is wine.

Thus is the fruit of the earth taken, its flesh torn. Thus is it given over to standing, toward rot. It is the principle of corruption, the death of what is, the birth of what is to be. You are wine...

Dead, the body is somehow more solid, more massive. The shrink of dying is past. It is as though only moments before a wind had kept it aloft, and now, settled, it is only what it is— a mass, declaring itself, an ugly emphasis. Almost at once the skin changes color, from pink-highlighted yellow to gray-tinted blue. The eyes are open and lackluster; something, a bright dust, had been blown away, leaving the globes smoky . And there is an absolute limpness. Hours later, the neck and limbs are drawn up into a semiflexion, in the attitude of one who has just received a blow to the solar plexus.

Examine once more the eyes. How dull the cornea, this globe bereft of tension. Notice how the eyeball pits at the pressure of my fingernail. Whereas the front of your body is now drained of color, the back, upon which you rest, is found to be deeply violet. Even here, even now, gravity works upon the blood. In twenty-four hours, your untended body resumes its flaccidity, resigned to this everlasting posture.

You do not die all at once. Some tissues live on for minutes, even hours, giving still their little cellular shrieks, molecular echoes of the agony of the whole corpus. Here and there a spray of nerves dances on. True, the heart stops; the blood no longer courses; the electricity of the brain sputters , then shuts down. Death is now pronounceable. But there are outposts where clusters of cells yet shine, besieged, little lights blinking in the advancing darkness. Doomed soldiers, they battle on. Until Death has secured the premises all to itself.

The silence, the darkness , is not for long. That which was for a moment dead leaps most sumptuously to life. There is a busyness gathering. It grows fierce.

There is to be a feast . The rich table has been set. The board groans. The guests have already arrived, numberless bacteria that had, in life, dwelt in saprophytic harmony with their host. Their turn now! Charged, they press against the membrane barriers, break through the new softness, sweep across plains of tissue, devouring, belching gas— a gas that puffs eyelids, cheeks, abdomen into bladders of murderous vapor. The slimmest man takes on the bloat of corpulence. Your swollen belly bursts with a ripping sound, followed by a long mean hiss.

And they are at large! Blisters appear upon the skin, enlarge, coalesce, blast, leaving brownish puddles in the declivities. You are becoming gravy. Arriving for the banquet late, of course, and all the more ravenous for it, are the twin sisters Calliphora and raucous Lucilia, the omnipresent greenbottle flies, their costumes metallic sequins. Their thousands of eggs are laid upon the meat, and soon the mass is wavy with the humped creamy backs of maggots nosing, crowding, hungrily absorbed. Gray sprays of fungus sprout in the resulting marinade, and there lacks only a mushroom growing from the nose.

At last— at last the bones appear, clean and white and dry. Reek and mangle abate; diminuendo the buzz and crawl. All, all is eaten. All is done. Hard endlessness is here even as the revelers abandon the skeleton.

You are alone, yet again.